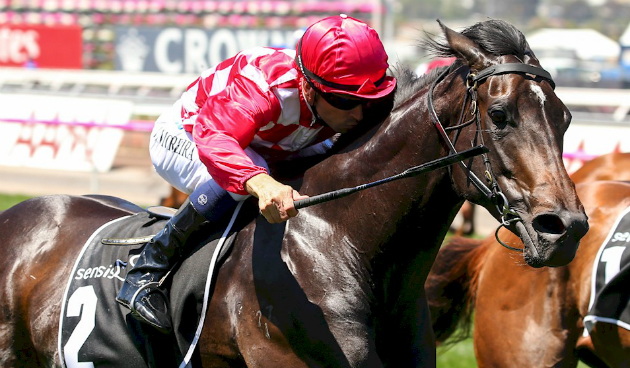 The Lindsay Park stable may consider a Group One start for Sheidel (Holy Roman Emperor x Laventour) after her win in a stakes race at Flemington.

Trainer David Hayes says Sheidel is a possibility a backing up in next week’s Darley Classic after her victory in the Sensis Stakes on Saturday.

Ridden by visiting Hong Kong jockey Joao Moreira, Sheidel was sent out the $3 favourite before scoring a short-head win from Wild Rain ($9) with Private Secretary ($21) a nose away third.

“I think she’s a Group One filly and she may get the chance at the end of the week to see if she is,” Hayes said.

“We’ll see how she pulls up. If we’re happy with her we’ll look at it.”

Sheidel’s victory, her 14th from 24 career starts, was the first shared between Lindsay Park and Moreira.

It was Moreira’s fifth victory at the track since he made his debut at Flemington at the Derby day meeting two years ago.

“They are a good combination.”

“I was told to give her a sit but under the circumstance I ended up in front and I just had to let her do what she wanted,” Moreira said.

Sheidel was bred by Des De Largie and born at Amarina in 2011.