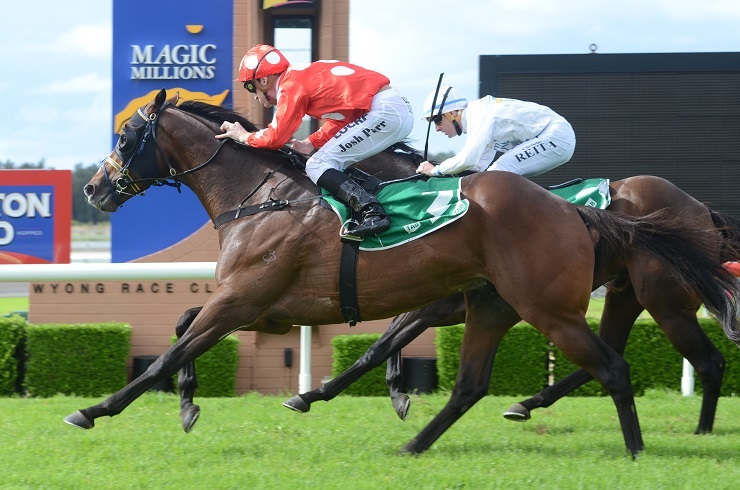 28 Jun Zabeelions comes back in distance at Farm

Trainer Gerald Ryan has changed tack with Zabeelions (Zabeel x Kisumu) who has not lived up to his staying bloodlines.

The four-year-old will be brought back in distance with Wednesday’s Pro-Ride Handicap at Rosehill over 1600 metres his next test.

Owned by long-time Amarina clients Damion Flower and his wife Camilla, Zabeelions is a brother to 2012 South Australian Derby winner Zabeelionaire and 2013 Queensland Oaks winner Gondokoro.  He spelled at Amarina when purchased by Flower who paid $420,000 for him in 2013.  Zabeelions has since won two races over 2000 and 2100 metres from 14 starts.

“We’ve tried him twice at 2200 metres and he has failed each time,” Ryan said.

“He comes into those longer races as if he’s going to win but hasn’t finished them off.

“I think he’s proved he can’t run 2200 metres or further so we’ll bring him back to 1600 metres and keep him to middle distances.”

“He goes well on wet tracks. He’s a brother to a Derby and an Oaks winner but I think 2000 metres pulls him up.”