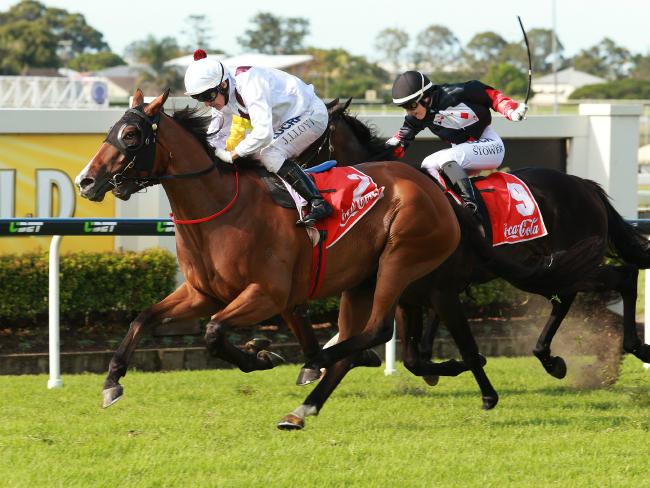 28 Mar Toowoomba Cup for Off The Rails

Off The Rails (Snitzel x It’s You) confirmed his place in the $100,000 Toowoomba Cup (2000m) with a strong win at Doomben over 2020m. Runner-up in the Listed Canberra two starts back, this five year old son of Snitzel is putting together a nice record as a miler/middle distance horse.

Jockey Jeff Lloyd rode a perfect race, commenting after saluting “That was hard work. He waits for them. When Punta Norte went past him, he came again.”

A son of Snitzel out of the Listed placed Celtic Swing mare It’s You, Off The Rails was sold from Amarina’s Magic Millions Gold Coast Weanling Draft before being on sold as a yearling for $125,000 and purchased by Topline Thoroughbred. The winner of seven races with prizemoney earnings now over $360,000, this consistent gelding continues to get better with age.

The Toowoomba Cup is run on the 16th April.