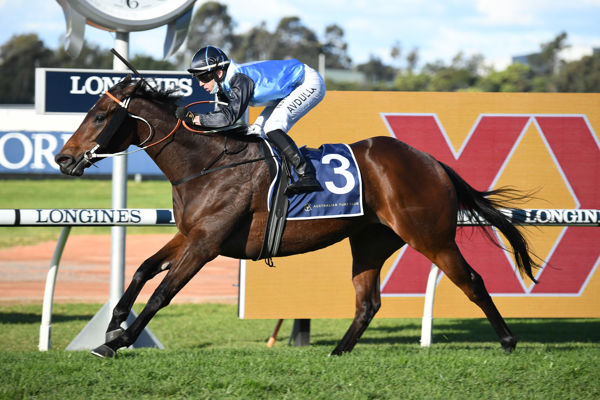 Casino Prine’s charismatic daughter Sweet Deal may have been demoted from second to third in the Group 1 Tatts Tiara at Eagle Farm. Still, there was better news for Vinery Stud’s evergreen stallion at Rosehill when Bandersnatch triumphed in the Listed Civic Stakes (1200m).

The third winner on the day for Brenton Avdulla, Bandersnatch led at every call to defeat Tricky Gal (Magic Albert) by three-quarters of a length with a further length back to true Detective (Shamus Award) in third.

The Michael, Wayne and John Hakes-trained gelding won the Listed Carrington Stakes at Randwick in January.

A model of consistency through his career, Bandersnatch advances his record to seven wins, three seconds one third from 19 starts with earnings of $484,430.

“He jumped well, and Brenton took his time to get across, and once he got to the front, gave him a good breather,” Michael Hawkes said.

“It was am0onth between runs, but we spaced it that way. He has done nothing wrong since joining our stable, and it is just a matter of placing him in the right races.

“There is another race in a couple of weeks that we will probably be aiming for him now.

“The owners have been patient and let us do what we have to do, that is what they pay us for, and we get the job done.”

Purchased by Gerald Ryan for $42,000 out of the Amarina Stud draft at the 2018 Classic Yearling Sale, Bandersnatch is the best of four winners from five to race out of the unraced Falbrav mare Divine Faith, a half-sister to stakes-placed Arrowsweep (End Sweep).

Divine Faith has a weanling filly by Charge Forward and was covered by Brutal last spring.