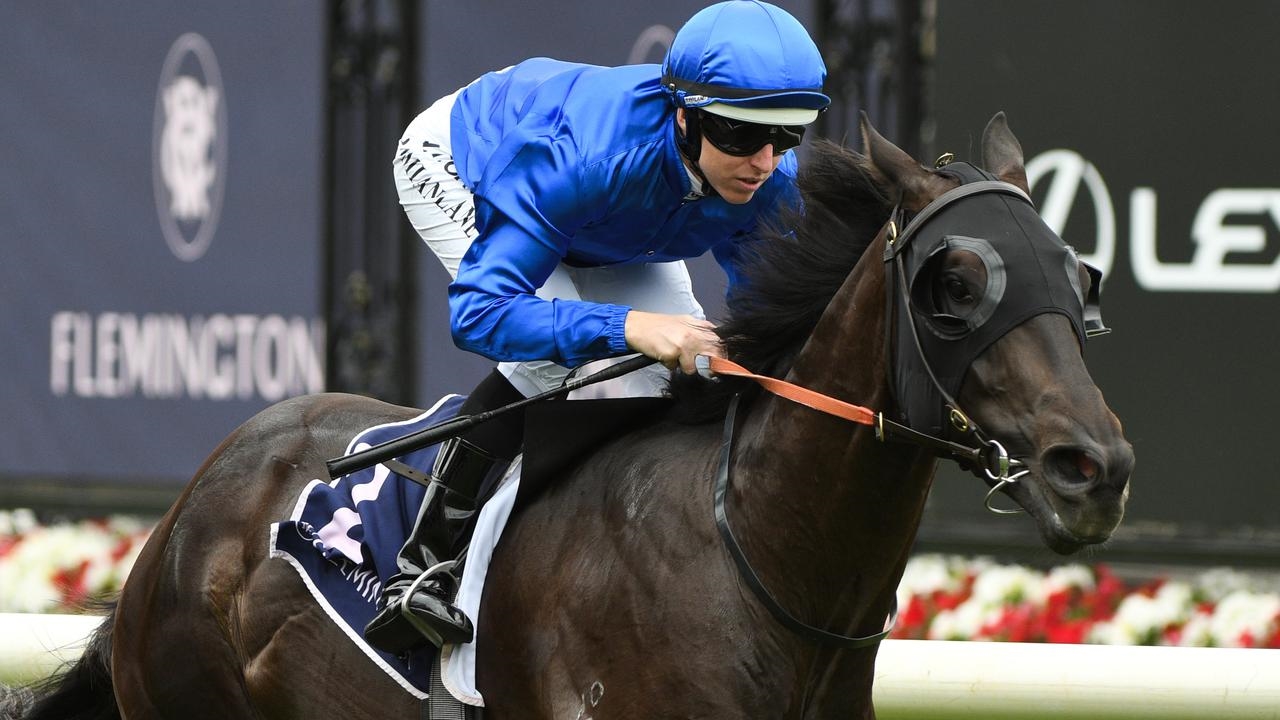 The James Cummings-trained colt started $3.60 favourite and was forced to dig in for a fight in Saturday’s #LovetheHorse (1100m) for two-year-olds, responding to a challenge from Jabali Ridge ($5.50) to beat him by a half-neck.

Cummings and Godolphin won the Magic Millions 2YO Classic last season with filly Exhilarates and Conceited was a $625,000 yearling purchase from Amarina Farm’s Gold Coast draft in January.

Melbourne stable representative Sean Keogh suggested next month’s Magic Millions 2YO Classic (1200m) at the Gold Coast would be on the radar for Conceited.

“James hasn’t spoken too much about it. But just seeing what we had there today definitely opened our eyes to it.”

Conceited had blinkers applied in his most recent of two Flemington jump-outs and he wore them on Saturday.

“He’s taking his work well and he’s got a bit of natural talent.”

Conceited was ridden by Damian Lane, who won last season’s Golden Slipper for the stable on Kiamichi, and he believes the colt will improve with time.

“He’s a big boy and he’s going to be better next year, whatever he does.

“So it’s promising to see him doing these sorts of things early.

“Three weeks ago in a trial he was really green and really wayward. He’s had another one since and then another week into the race and he’s really starting to furnish into a racehorse.

“It’s the first time he’s been fully tested so it was good to see him respond.”

Asked if the colt could measure up to the Magic Millions if connections head that way, Lane was measured but expects the colt to be better next season.

“I wouldn’t put anything past him, just because of how much he’s improved already this prep, but I would be surprised,” he said.

“Just because for me he probably looks like more of a three-year-old.” -AAP