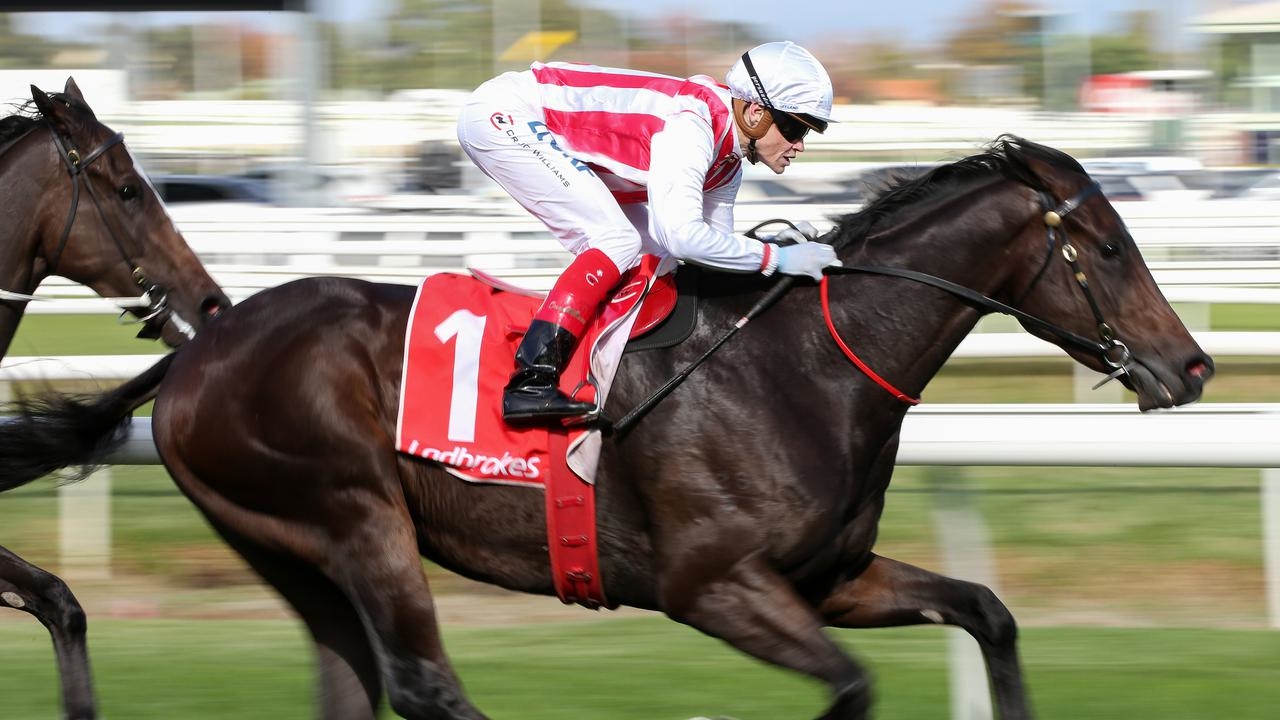 A trip to Brisbane for the winter carnival is the likely next stop for Zoutori (Zoustar x Atotori) after the three-year-old completed a winning hat-trick at Caulfield.

Carrying the steadier of 60kg in Saturday’s Rod Fenwick Handicap (1600m), Zoutori, the $2.40 favourite, gave Craig Williams the second leg of an early double with his 1-1/4 length win.

Co-trainer Mathew Ellerton, who trains in partnership with cousin Simon Zahra, said a trip to Brisbane was now likely in a bid to boost his rating ahead of the spring.

“I don’t know what his ceiling is but we might go and give him his chance up in Queensland in something a bit better,” Ellerton said.

“If I put this horse in the paddock and think about the spring he’ll be stuck in no-mans-land with his rating.

“He’s a horse on the up and there’s a couple of suitable races up there for him.”

Zoutori is among the 144 nominations for the Gr.1 Stradbroke Handicap (1400m) at Eagle Farm on June 8 while Ellerton said the Gr.1 Queensland Guineas (1600m) on the same day could be considered.

Ellerton said the Fred Best Classic (1400m) at Eagle Farm on May 25 would determine his Brisbane goal.

“He’s in the Stradbroke but I don’t know if he’s that good,” Ellerton said.

“We’ll run him in the Fred Best and see where that takes us.”

Zoutori was sold through Amarina Farm’s 2017 Inglis Easter draft when knocked down to Ellerton Zahra Racing for $160,000. -AAP