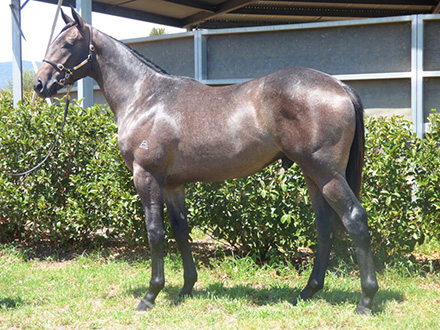 05 May Eurell upbeat about his SA Derby contender

Trainer Greg Eurell has been buoyed by the lead-up performances of three-year-old Star Missile and believes the gelding is ready to make his mark in the Group One South Australian Derby.

The son of Smart Missile was bred by Ralph Johns and purchased by Hancox Bloodstock out of Amarina Farm’s 2017 Inglis Classic Yearling draft.

Star Missile heads into Saturday’s SA Derby (2500m) at Morphettville at the fifth run of his campaign which began with a win in a 1400m benchmark race at Cranbourne and has included placings at his past two starts.

After a third behind Grinzinger Star and Derby favourite Mr Quickie over 1600m at Caulfield two starts ago, Star Missile was the widest runner rounding the home turn in the Group Three Chairmans Stakes (2000m) at Morphettville last start.

Despite covering ground he still let down well at the top of the straight to hit the front before favourite Declarationofheart sprinted through between runners and drew away to beat him by just over a length.

“I think he’s a live chance coming into next week,” Eurell said.

“I thought his run last start was enormous. He covered a lot of ground and certainly looked the winner at one stage.

“The winner won well, but all our bloke’s runs have been very creditable this time in and the Derby has been his target race.

“I think everything has fallen into place really well for him and he’s come out of that run exceptionally well.

“He is back home at Cranbourne and his work on Saturday morning was great.

“He’s in a good spot at the moment and we just hope we can get a bit better barrier draw to enable us to get a better position in the run next Saturday.

“With that, I think he’s a real live chance.”

Eurell, whose most recent Group One win was the 2011 Cox Plate with Pinker Pinker, believes Star Missile is giving the indication he will be able to handle the Derby distance.

“He relaxes well and doesn’t do too much early so he’s going to give himself every opportunity to run the 2500,” he said

Mr Quickie, who beat older horses at Caulfield over 2000m last start, was the $3.50 favourite on Sunday ahead of the Anthony Freedman-trained pair Declarationofheart ($5) and Northwood Drive ($6).

Star Missile is one of four horses on the next line at $10. -AAP