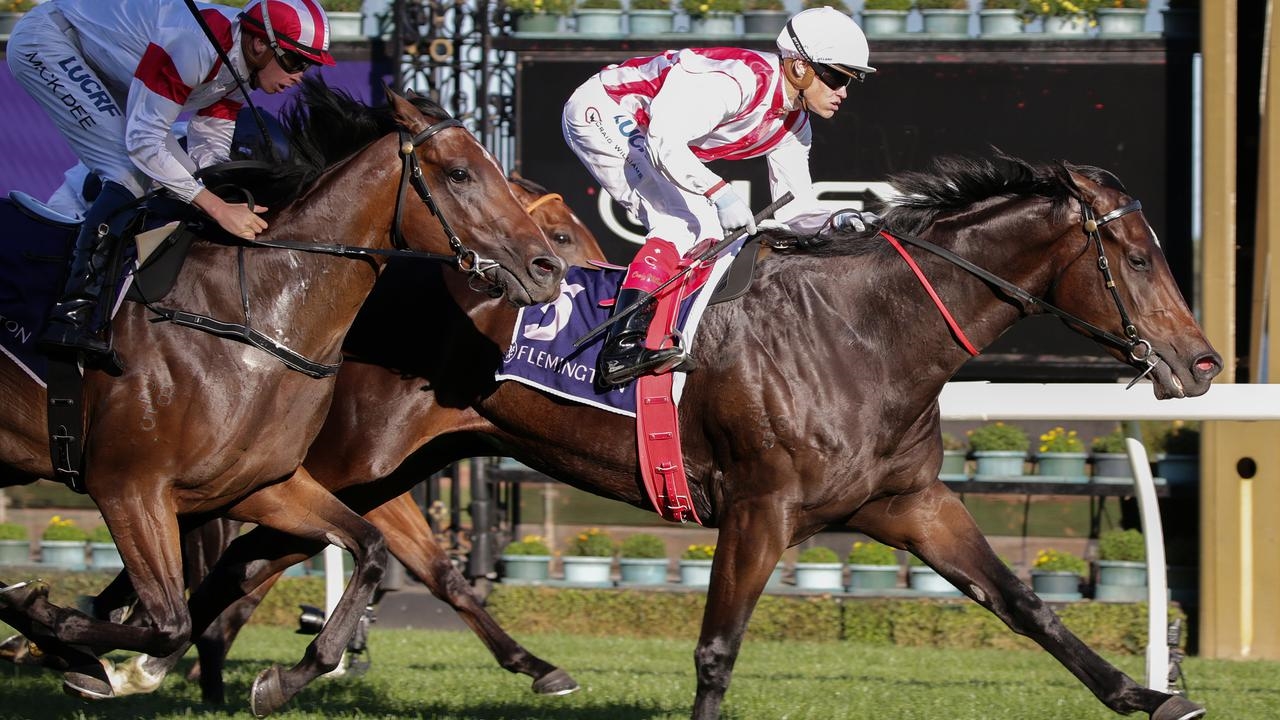 Posted at 07:27h in Racing, Uncategorized by Amarina_admin
Share

Three-year-old Zoutori (Zoustar x Atotori) has done a fair amount of growing up which in turn has led to the gelding being unbeaten in his current campaign.

After a first-up win at Pakenham earlier in April, Zoutori added Thursday’s Auckland Racing Club Trophy (1400m) at Flemington to his record.

Mathew Ellerton, who trains in partnership with Simon Zahra, said after Zoutori recorded a half-length win under Craig Williams in the 1400m handicap for three-year-olds, the gelding was finally getting his head right.

Zoutori, who was sold out of Amarina Farm’s 2017 Inglis Easter Yearling Sale, was tried at stakes level in the spring culminating in a fourth placing in the Sandown Guineas.

“The spring probably came around a bit quick for him but he’s had a good time to grow up a bit since,” Ellerton said.

“We gave him the time to grow into himself, his head as well as he was a bit hot, and he’s a sensible racehorse now.

“He was always a clown last time, you couldn’t get him off his toes but today he swaggered around and was very relaxed with what he was doing.”

Ellerton hopes Zoutori can be a player in the spring and the remainder of his three-year-old campaign will be about boosting his rating.

The Flemington-based trainer said he would consider heading to Brisbane for the Queensland Guineas.

“If you go to Queensland, it’s a quick turnaround for the spring, so I don’t know,” Ellerton said.

“He won’t be going to Adelaide, so the Queensland Guineas might be something in the first week of June.

“He needs to get his rating up near 100 to run in anything as a four-year-old in the spring.” -AAP