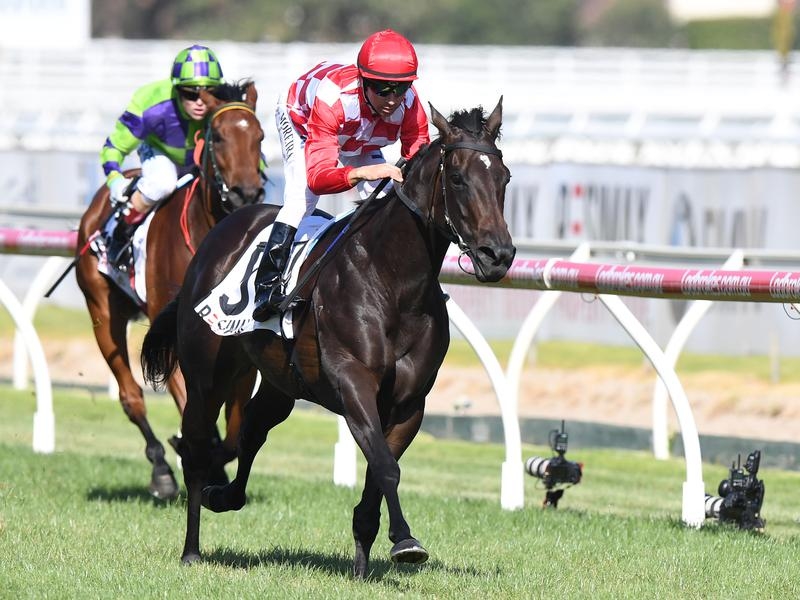 Connections considered retiring Sheidel (Holy Roman Emperor x Laventour) but an impressive lead-up has led to the mare getting a chance to defend her crown in Saturday’s Gr.1 Oakleigh Plate (1100m) at Caulfield.

Sheidel, who was born and raised at Amarina Farm, won last year’s Oakleigh Plate and competed well in both the Newmarket Handicap and William Reid Stakes but the daughter of Holy Roman Emperor didn’t race at the same level in the spring.

Sheidel ran third to She Will Reign in the Gr.1 Moir Stakes at Moonee Valley, but she was unplaced in subsequent lesser races. Co-trainer David Hayes said a long campaign was the likely cause of flat performances.

“Last season, she went through the spring, then went and ran second in the Winterbottom, came back and went huge in the autumn and won the Oakleigh Plate,” Hayes, who trains Sheidel in partnership with his son Ben and nephew Tom Dabernig, said.

“Because she had been up for 12 months, she just had a bit of an ordinary spring. I think she just didn’t come up.

“She did really well in her break and he (owner Robert Crabtree) was thinking of retiring her but I said, ‘why not give her another go to defend her title?’ and she has come back well.”

The Hall of Fame trainer said Sheidel’s two unofficial trials have gone some way to justifying the decision to press on with the winner of 15 of 34 starts.

“She trialled really well here (at Flemington) first and then we went to Kilmore,” Hayes said.

“The way she trialled at Kilmore, where she won the trial by 11 lengths, she was just cruising all the way.

“But she goes really well at Caulfield and her latest trial was excellent so we’re hoping she can go as well this year.”

Damien Oliver will ride Sheidel in the Oakleigh Plate. Sheidel will jump from barrier 10 if the emergencies fail to gain a start in the race. -racenet.com.au