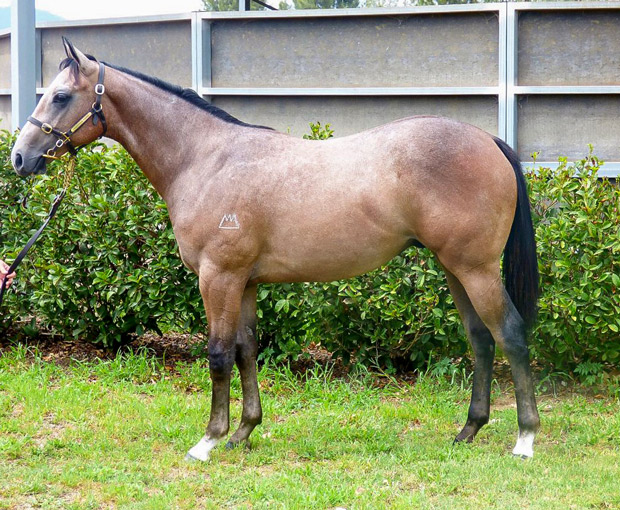 Among the best to begin for Christian Reith, Sunfighter sat outside the pacesetting Sassy Charlie before taking control on the turn and then hold the challenge of the solidly backed Dundeel filly Sunreel by a length with Sassy Charlie a half-length back in third.

She was purchased by Amarina Farm for $65,000 out of the Sun Stud draft at the 2016 Magic Millions National Weanling Sale then failed to make her $70,000 reserve at the 2017 Inglis Classic Yearling Sale.

Racing in the colours of Jadeskye Racing, the sturdily made grey is the second foal of the winning Darci Brahma mare Sky Flyte, a daughter of the stakes-placed 5-time winner Magique Sky who hails from the family of Lonhro, Grosvenor and Lankan Rupee.